The main technique of paper modeling, which is necessary to know, is gluing. This article should describe techniques, how to glue paper models of MS Models publishing, but also from other publishers, who use “edge gluing” technique. These parts of models don’t have extra paper pieces for gluing paper parts together.


The first, something about theory of model design. Models from MS Models publishing are drawn in modern 3D software, which guarantee high precision of each part. The main element of model design is paper thickness, which is used for print. MS Models uses paper with 170g/m2 weight (also 140g/m2 in MICRO series) and 80g/m2 for skeleton or parts, which need thin paper. It means approx. thickness  0,2mm for 170g/m2 and 0,1mm for 80g/m2 paper. This fact must be taken into account during design and also during gluing the model itself. If the parts are glued differently than expected, thicknesses of paper are added or subtracted. This has a negative impact for final part dimensions and it can cause problems with subsequent parts..

This was a little theory. But what about practise? Models from MS Models (starts from MSM/0002) include information, how to glue parts together. Near the parts you can find a symbol, which describes how to glue the part (∧ or ∨) on part number X. Three possible ways exist, which you can see in the picture below on the left side. On the right side you can see symbols which are used in the model. 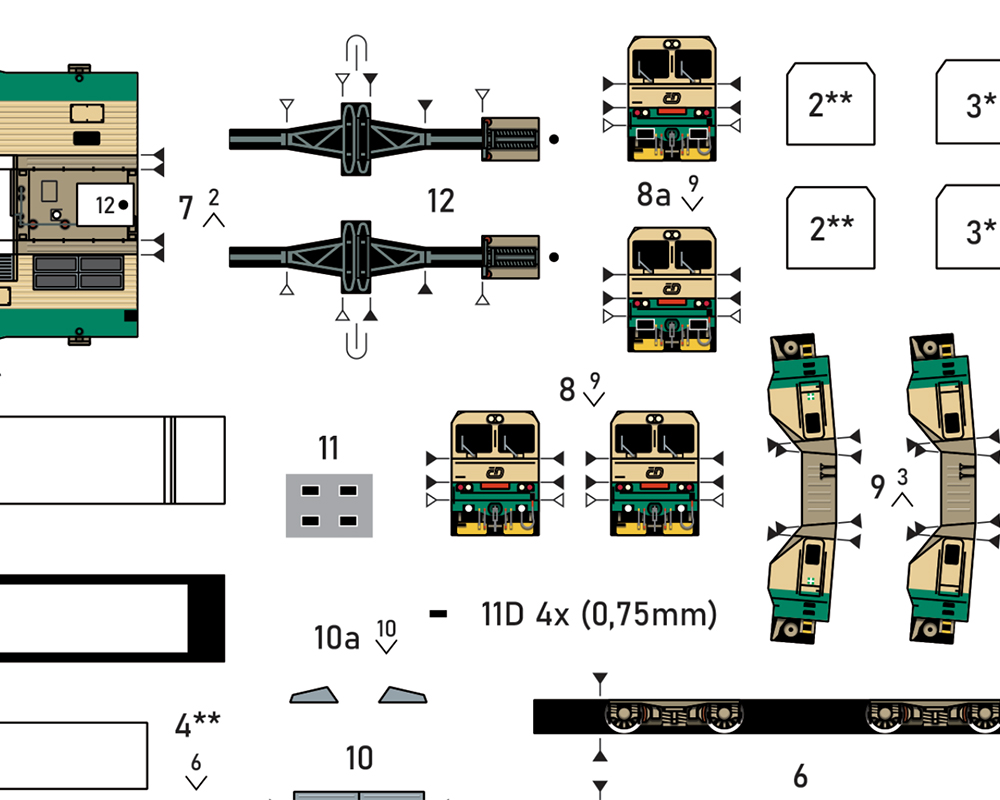 The process of gluing is only about experience. Some modelers apply the glue directly from the bottle - I prefer to take a small part of glue sideways and then I apply the glue using a wood toothpick, metal pins etc. In this case is guaranteed safe application of glue on the part.

As already mentioned, the models are designed mostly without flaps. The model contains flaps only in critical areas. However, sometimes it is advisable to use flaps elsewhere. In this case, we can easily make them ourselves. All you need is a strip of paper, which we use to glue the joint of the part from the back.

In conclusion, something about glues used for paper models. The standard is to use white liquid glues like Herkules (in Czech) (a), which are designed for gluing wood, paper etc.. These glues are used for gluing paper parts of paper models. Non-paper parts, like parts made of wire, plastic profiles or photo-etched parts, are glued with the superglue (b). Here it is necessary to follow the instructions of work safety and use protective equipment (especially goggles). The last group are solid glues (in tubes) like Kores (also in Czech) (c), which are used for gluing paper parts on thicker paper. These glues don’t have so much water like the white liquid glues. In case you will glue paper parts on thicker paper using white liquid glue, the paper is able to stretch by a few mm! 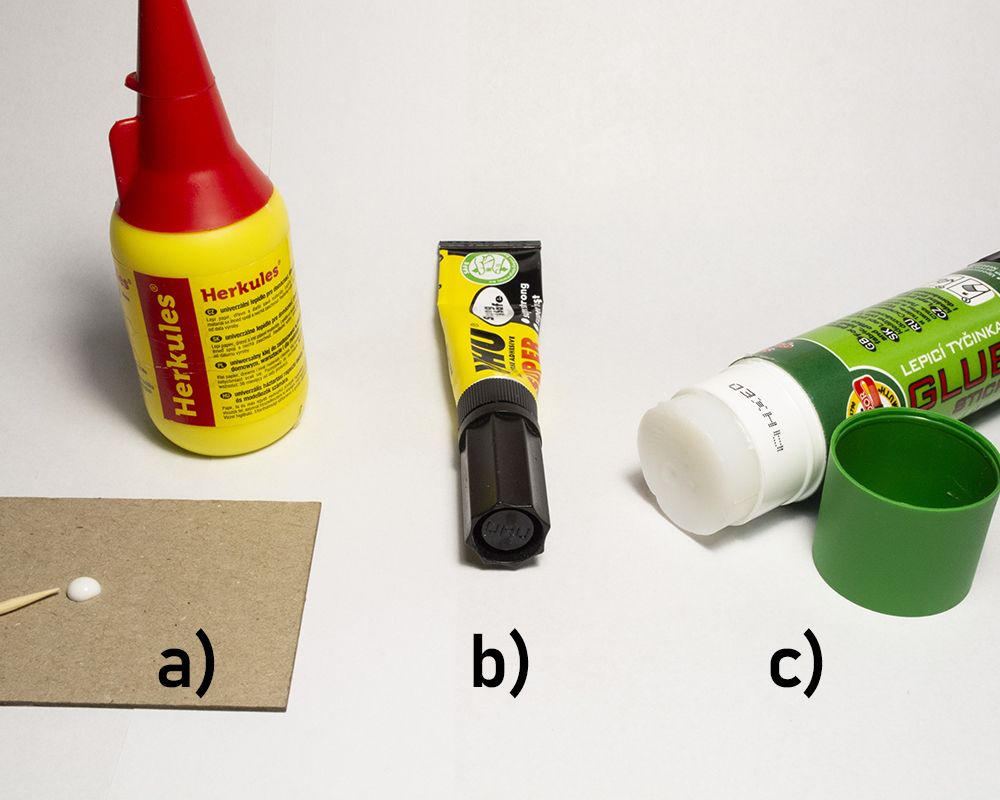