In an offer of MS Models you can find photo-etched parts for paper models. It is about metal parts made of brass sheet metal by etching technology. This technology is able to create the smallest details according to thickness of sheet metal. Parts are in general etched on brass with thickness 0,16mm, but the producer is able to etch sheet metal from thickness 0,1mm up to 0,5mm. 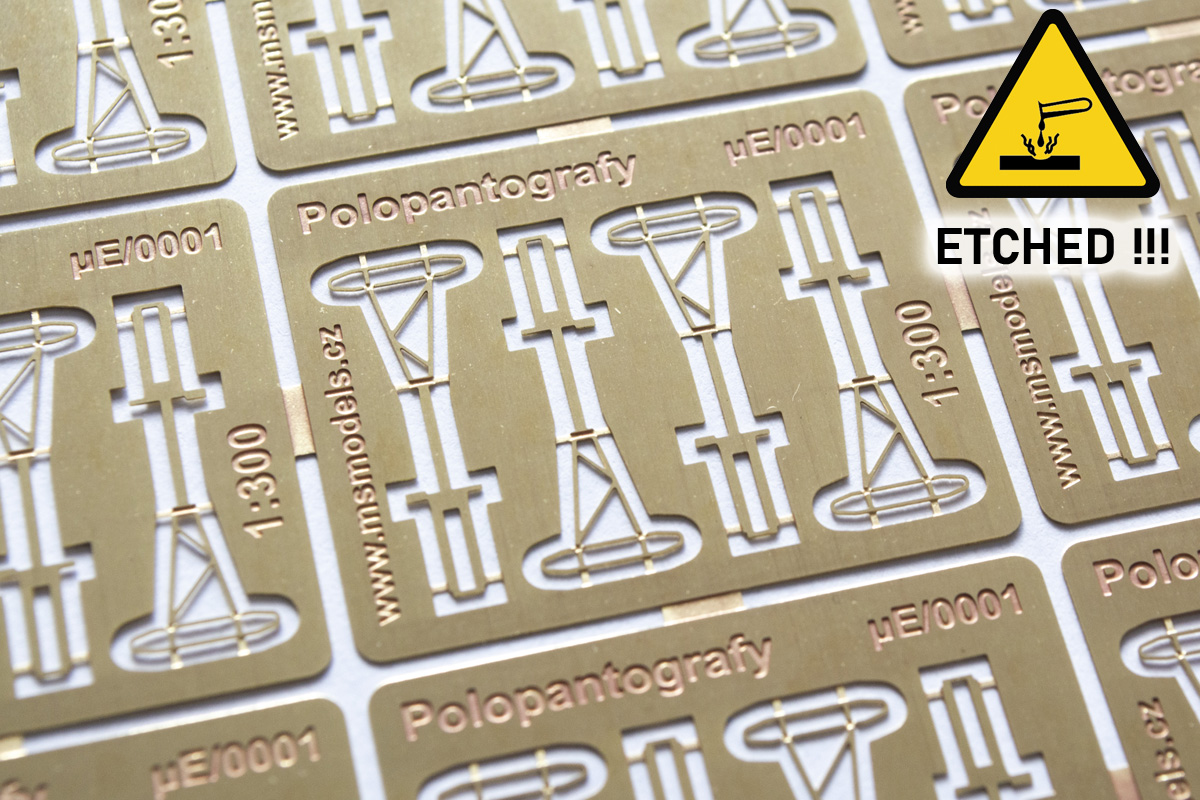 Etched parts are attached to the frame with bridges, like laser cut parts. Parts are cut from the frame by a modeler knife. I proved the procedure when old blunt blades (not the broken ones) are collected for this procedure. A rest of the bridges is removed by a fine rasper. 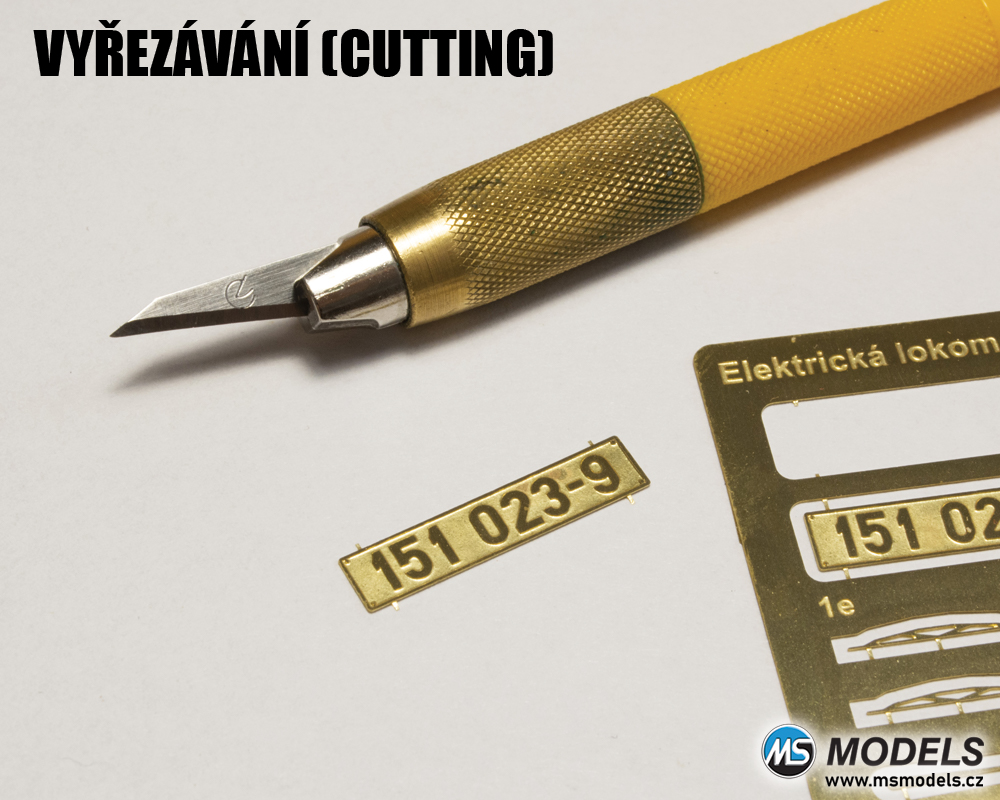 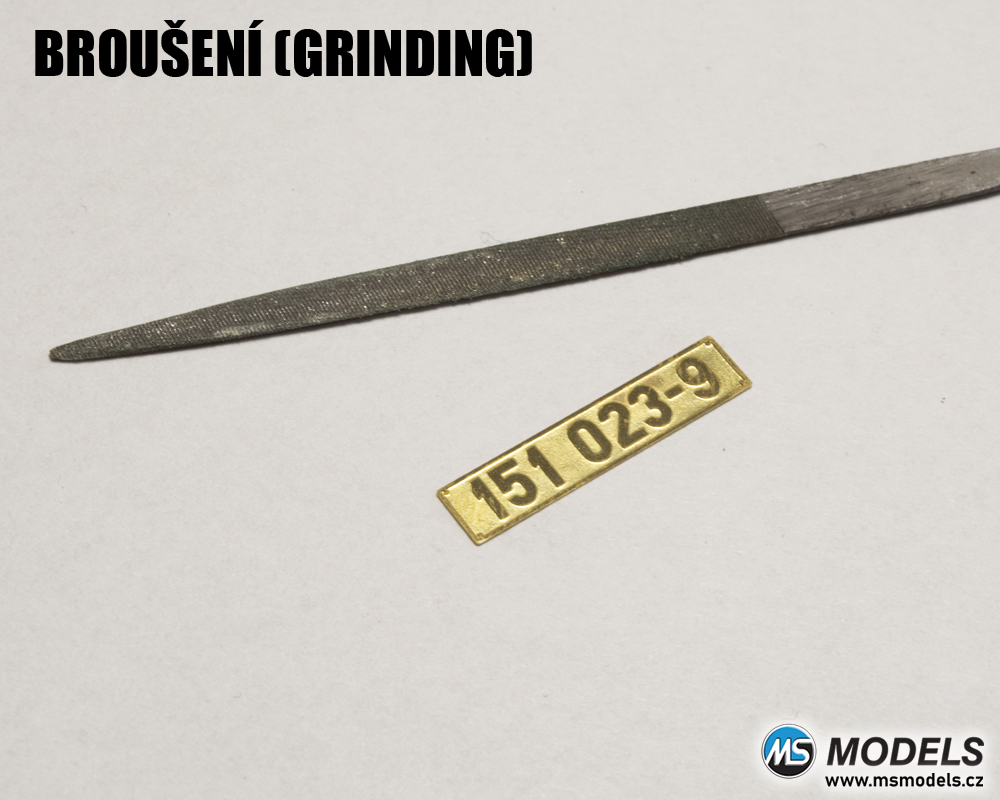 If we have parts which we need to shape, we have many options how to do it. For simple bends we can do it with basic tools like tweezers. For long or difficult bends in general we will need a bending tool for photo-etched parts, which makes the work easy and we receive quality bend. 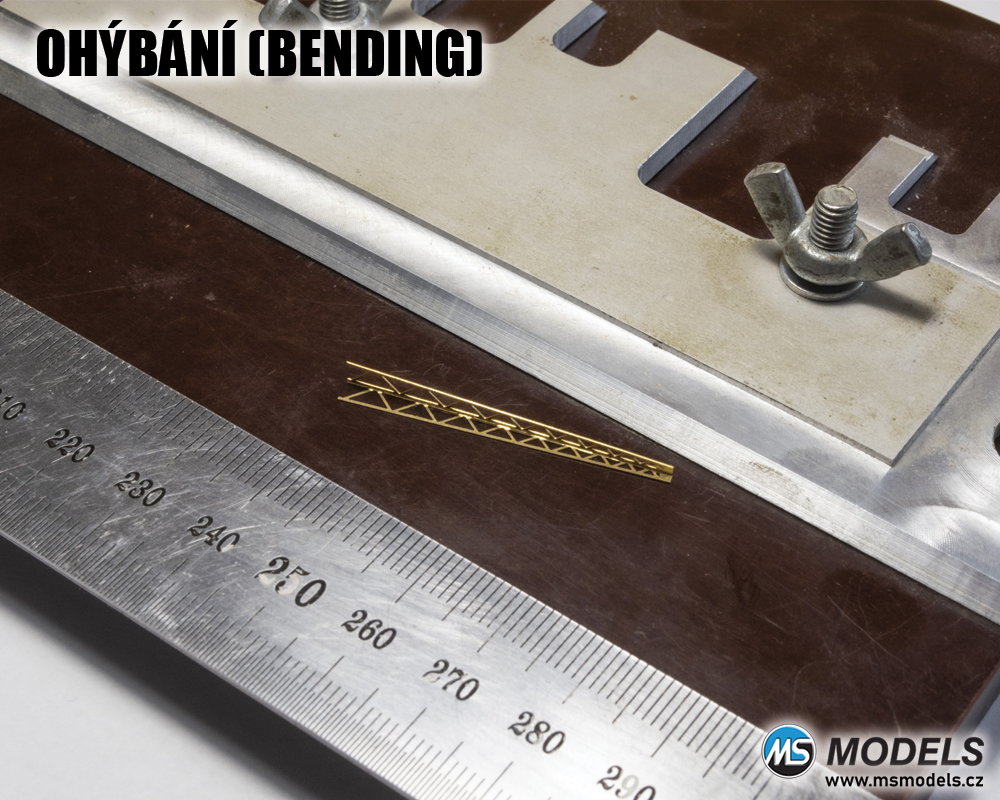 Now, when the parts are ready, we can approach the next steps, which depend on the parts itself.

If we need to join two parts together, we have two options. The first option is to glue it with super glue. Is recommended to degrease the surface before gluing. It is a fast technique, but it has some disadvantages. The glued joint is fragile and it’s quite easy to unglue it. It is therefore suitable to use the gluing technique rather for parts where the surface is glued to the surface.

The second option is to solder parts together. This technique is a little bit difficult and more expensive, because we need an equipment like micro-solder. I won’t write detailed information about soldering because there is a lot of information on the internet. In general, soldered joint is stronger than a glued one and is possible to process it with a fine rasper. This technique can achieve more quality surfaces (edges) than gluing.

We can varnish photo-etched parts with a standard modeler's paints. Is it possible to use acrylic or synthetic paints. Is also recommended to degrease the surface before varnishing. Sometimes it is also suitable to use a surface, which unites the surface and prepares it for final varnishing.

Note:
Fine details, like grids, could be partly non-etched. It is a problem of photo-etched technology where it is sometimes difficult to receive the same etching level at whole sheet metal. We try to do our best and eliminate these problems. On the other hand, parts with these problems are really small and f.e. grids are filled with the paint.