In this article we will introduce what marks can be found on MS Models models and how to properly understand their meaning.

In the first picture we can see the numerical designation of the parts. Sometimes stars can be found next to the number itself, which indicate the taping of the part. According to the number of asterisks, we tape as follows:

The small numbers on the parts indicate the number of the part to be glued in place.

There are a number of parts in the models, which are made of, for example, wire, plastic rods or other rods. These parts have the letter D next to their number. Further information is then given below the part number. In the first part we see the number of parts needed and then the diameter of the rod.

Next to the part number you can also find the marking of the gluing of the parts. More about this marking system can be found in the article Gluing of paper models

The marks for the bends of the parts can be found in four versions. Black marks indicate a standard bend. Red marks indicate a bend in which the part can be cut. This variant refers to parts where there is a choice. For example, parts that, when cut, form the basis for a more complex variant of the model. If the arrow is solid, cut the face of the part and bend apart. If the arrow is blank, we transfer the bend line to the back of the part, cut and bend towards ourselves.

This mark also indicates a bend. It is a case when parts of a part are bent together and glued together. In most cases, these are parts that require double-sided printing.

This is the same case as for the previous mark. The only difference is that when gluing the part together, we glue a cardboard of the thickness that corresponds to the number of stars. The thickness values are the same as they were for the numerical marking of the parts.

The boundaries of the radii are marked with a dashed line.

The black arrow pointing to the thick line indicates parts that can be shortened in length as required. The arrow symbol points to the side where the part is to be shortened if necessary.

The cross indicates the centre of the circle or arc. It is available on parts where a modeling compass can be used to cut it out.

The areas to be cut are marked with a red cross.

The knife symbol indicates the place to be cut.

The bold numbers in the instructional drawing indicate the individual steps of the construction.

The smaller bold number, which is usually placed directly in the instructional drawing, refers to the step number in which the specific part was assembled.

The next symbol tells you how many times to repeat the action.

The question mark indicates parts that are optional. These are usually parts that can be glued together in a simple or more complex variant. The modeler can choose which option he prefers.

The exclamation mark indicates important operations that need to be performed.

Symbols appearing in the instructions. Like the previous symbol, it indicates whether or not the part is to be cut.

Other symbols indicate whether or not the part is to be glued. They are used, for example, for axes where it is not obvious at a glance whether they are loose or need to be glued.

The brush symbol indicates that the part needs to be painted. It may be to paint the reverse of the part or another non-paper part.

A flag containing a letter is associated with the previous symbol. This indicates the colour in which the part is to be painted. The model's instructions then contain a swatch of the colours used, including their designations.

A magnifying glass symbol with a letter indicates a detailed view of a specific location. The symbols always occur in pairs. One is found in the main view of the instructional drawing, the other in the detail view itself.

The grinder symbol indicates that the part needs to be ground. This may be grinding an edge, a bevel or, in the case of resin parts, grinding off the residue from supports. 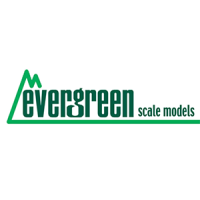 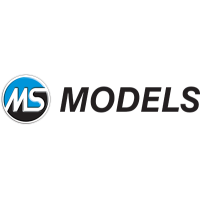 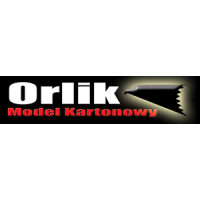 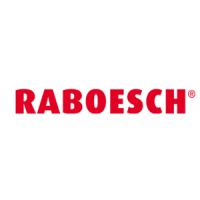